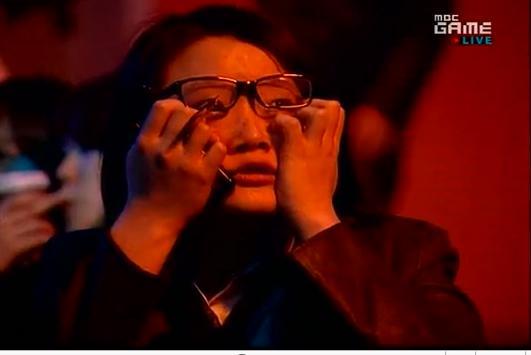 - You can now select everything in one control group for increased versatility!

- You no longer have to build workers or send them to other expansions; the command centers automatically produce the ideal number of SCVs and maynard them to your expansions neatly so you can focus on what's really important: watching huge epic battles.

- You no longer have to lose games simply because you have the "wrong unit composition"! We'll leave composing to Mozart and shit, and have added Advisers who automatically scout your opponent and calculate a counter to their strategy for you, building an army for you, so you can focus on what's really important: watching huge epic battles.

- Tired of losing? We are, too. If you aren't victorious, the lowest level of humiliation you can endure is a "draw". No more "failing to achieve victory" and "defeats" for ladder-hungry competitors, only varying levels of victory, from "Marginal Victory" to "Flawless Victory"!

- Hate imbalance? We do, too. Therefore, we are going to patch the game every weekend, and dramatically change all the unit and building stats every time we do with little or no explanation just to keep things interesting! This way, your Advisers won't have to worry about which units are "OP" and which ones are "Useless", so you can focus on what's really important: watching huge epic battles.

1. Marine - This unit has been greatly changed. The marines have shed their armor and go shirtless to show their great abs. They now shoot lasers out of their eyes which have a maximum range of 15.

2. Executioner - This is an all-purpose, do-everything, practically unbeatable infantry unit with no weaknesses!

5. Stegosaurus - Using the time machines developed by the re-incarnated god-version of Tosh, these mighty dinosaurs are the cavalry of the Terran army and are completely imbalanced and can fly.

6. Death Laser - A huge satellite that orbits the planet and brings down a huge laser that destroys anything with one hit, has no "cooldown time", and can hit any part of the map at any time.

7. Grim Reaper - A huge mecha robot piloted by an Irish guy, and is guaranteed to pretty much blow the crap out of anything it encounters.

8. Gundam - Another huge mecha robot, but this one has a laser sword, and is piloted by an Asian guy with a FOB accent!

9. Nuclear Missile - You want a REAL nuclear missile? Well, SC3 is bringing the noise with a nuclear missile that completely blows everything up on the whole map, no matter how large the map is!

1. Zergling - The Zergling is back, and less powerful than ever! One Zerg egg spawns 20 Zerglings at a time instead of a mere 2, so you can make your army huge fast!!!

2. Cerberusilisk - A three-headed, acid-spitting monster that can hit air units, underwater units, ground units, and turn invisible forever if you want it to. It also has a lightning spell that has a range of 25, the longest in the whole game, except for the Protoss Catapult.

3. Basillisk - This snake-like unit can petrify enemy units just by looking at them, leaving them helpless to be destroyed by other units.

4. Flying Overmind - FORGET OVERLORDS. The Overmind himself is participating in every battle by replicating himself over and over into a floating airship, and in this game, The Overmind has an Australian accent! Enjoy!

5. Eater - Like it's name suggests, the Eater simply eats everything in it's path, no matter how large, no matter how illogical. It can eat a Terran Nuclear Missile right out of mid-air before the missile can even reach the ground. Sometimes, the Eater will randomly just eat some of your own units for no reason!

6. Molester - The Molester is a spell caster unit only, but it's spells make all your units invincible! The only downside to the Molester is that it has no downside! It is super-fast, can leap over defense walls with ease, and will make your opponents type angry racist things into their chatboxes!

7. Copulater - This unit causes your units to multiply rapidly by injecting them with Zerg Sperm! Has your whole army been destroyed because you're an idiot and killed all your Advisors with your Drones at the beginning of the match? Fear not - the Copulator can regenerate your whole army nearly instantly, and did we mention it's nearly indestructible?

8. Blood-Spurter - This unit spurts blood all over your opponent's units, causing them to run around wildly and shoot their own team's units.

9. Infested Jesus - The Infested Jesus serves many functions, but can turn water into blood for your minions to drink, walk across water, and shoots a missile out of his mouth that causes all of your enemies to explode into pools of blood! The best part is, if Infested Jesus dies, he will resurrect himself within three minutes.

1. Zealot - The basic unit of your dreams, and your opponent's nightmares. Zealots serve the function that they did in the prior two games but with an added twist: now they can jump into the air and latch onto air units, and tear them to pieces.

2. Tri-Pod - This mechanical monster fires a terrifying heat-ray that causes flesh to burst into flames. None of Earth's 1910 technology is any match for these...

3. Adun Clone - The Protoss have learned to clone, and have reproduced their greatest hero, Adun, a million billion times over, and he's back to kick some serious Zerg ass.

4. Phalanx - A mechanical spider-like unit that shoots lasers, and is almost indistinguishable from the Tri-Pod, except that they are slightly different colors.

6. Catapult - The Catapult is the most fear of all Protoss ground units, because it has a max range of 1,000,000. That's right, one million. The Catapult hurls an ancient energy crystal from Ka'el, which can destroy anything in the known universe...

7. Ballista - Basically the same thing as the Catapult.

8. War-Elephant - Have you ever dreamed of a unit that has every spell in the whole game, and can perform every attack that all the other units can combined? Well, the War-Elephant is that unit. It's also basically invincible, and it seems like no amount of firepower can possibly hurt it.

9. Whale-King - Every time we made up a new unit for this game, we made each one more epic and unbeatable than the last. For the final Protoss unit, we decided to go the OPPOSITE way, once again, showing why Blizzard is the most innovative RTS-making company on globe. The Whale-King is a peaceful underwater unit that has no weapons and believes in peace. He is quite weak and fragile, even though he is a huge unit that takes up like three screens.

All-lava world: This type of map is made of pure lava, no land. Everything on it dies instantly!

Cloth world: This world is made entirely of a patchwork of different textiles, such as cotton or wool.

Heavenly abode: In this world, the ground is made of light, and there are lots of clouds and glass objects, such as trees and fountains.

Remember when critters were small background features that had almost nothing to do with anything? Well, think again: the new critters are a serious threat to your base, and run rampaging across the maps of SC3. They are almost impossible to stop, and do untold amounts of damage to your worker lines and buildings, and can even take out your whole army if you're not careful.
Quelle:

SC2 has failed to impress me